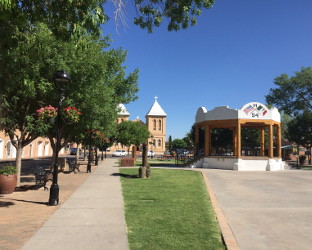 The town of Old Mesilla is full of rich history dating back to the sixteenth century. The heart of Old Mesilla, The Mesilla Plaza, was declared a National Historic Landmark in 1962. Events are often held here, like the annual the Dia de Los Muertos celebration in November, the Christmas tree lighting with thousands of luminarias lighting up the town, and a local farmers and crafts market every Thursday and Sunday. The gazebo is beautiful and has become a popular venue for weddings. With the brick paths, lamp posts, and adobe buildings, you will feel as though you have visited a different era. Surrounding the Mesilla Plaza are many unique gift shops, and galleries, such as The Mesilla Book Center, Billy the Kid Gift Shop, Galeri Azul, and The Chocolate Lady, just to name a few. There are also quite a few restaurants, the historic La Posta de Mesilla being one of them.

The La Posta Compound, originally dating back to the late 1830's, is on the National Register of Historic Buildings. The building is Territorial Style with a zaguan leading into a patio now used as a lobby. It is mainly constructed of adobe bricks with gorgeous vigas running throughout the majority of the rooms. La Posta de Mesilla Restaurant originated in the northwest corner of the building in 1939 by Katy Griggs Camunez, who inherited the building from her uncle. She created a menu filled with old Mexican recipes handed down throughout her family for generations. After Katy passed away, the property and business went to her great niece, Jerean Camunez Hutchinson and her husband Tom, a.k.a. "Hutch". Together they have slowly expanded the restaurant to 1,700 square feet, not including the acquired Fountain Theatre next door. Another local Mesilla gem, the Fountain Theatre is home to the Mesilla Valley Film Society where many international and independent films are shown. With the exception of a 12 year gap The Fountain Theatre has been in operation since the early 1900s. The theatre, or The Fiesta room, which has a private door to the theatre, can be rented out for parties, conferences, and other private events.

Today each table is greeted with free chips and salsa, a tradition started by Katy herself. Though the menu has grown it still retains the same flavorful roots from when it first opened. Hutch says his favorite dish would have to be the red enchiladas, though it is difficult to choose just one. He’s also a big fan of the green chile cheeseburger, another favorite of the locals that visit regularly. Some of their secrets lie with their local suppliers, as their chile, pecans, tortillas, and honey are all grown locally within our community.

There are so many wonderful places to see and visit in Mesilla. Josefina’s Old Gate is another one of the beautiful gems located in the heart of Old Mesilla. It has a very rich history, which is what makes it so special. While the restaurant Josefina’s Old Gate opened in 2006, the beautiful building has been in Kathleen’s family since the early 1900’s. Her mother, Josefina, was a generous woman who loved the community. She started many traditions, including the annual Luminaria Tradition of Mesilla. Originally, she would decorate her own home with luminarias on Christmas Eve, having more and more each year. She would invite the community into her home and they would drink wine, which later on was changed to hot cider and eat cookies. Neighbors began to decorate their own homes and shops likewise, expanding the gorgeous tradition further into Old Mesilla. Nowadays, come Christmas time, there are thousands of luminarias all over Old Mesilla, as well as New Mexico State University, and throughout Las Cruces.

When Josefina passed her beautiful home onto Kathleen, she turned it into a restaurant with her husband Bob Hamilton. They are open for breakfast and lunch, and all of their food is fresh and made from scratch. The majority of their recipes are old family favorites, some coming from Josefina herself. Their most popular dish is the chicken salad, or the quiche. Josefina’s Old Gate has a view of the gazebo where many weddings and events are held in the Old Mesilla community, including the Christmas tree lighting, and the weekly market. A few years after opening the restaurant they turned the property next door into La Sala at Josefina’s, an inn. The inn has a casita, as well as two independent rooms for guests. With the location being perfect, surrounded by so many events and local shops, this is a great place for out of towners who want to be a part of the historical feel of Old Mesilla to stay. There is large common room that often gets rented out for events, such as receptions, engagement parties, baby showers, birthdays, and other special occasions, holding up to 100 guests. Someday Kathleen will pass Josefina’s Gate onto one of her children, continuing the beautiful tradition. 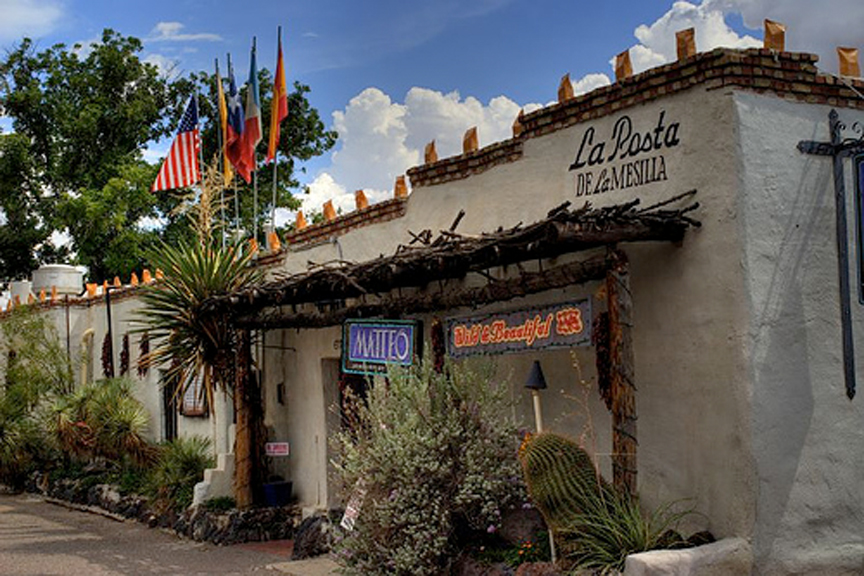 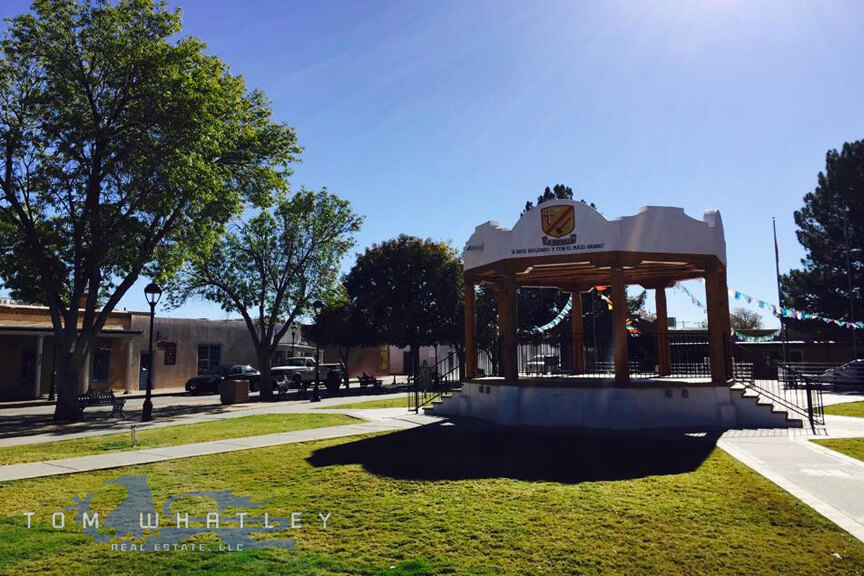 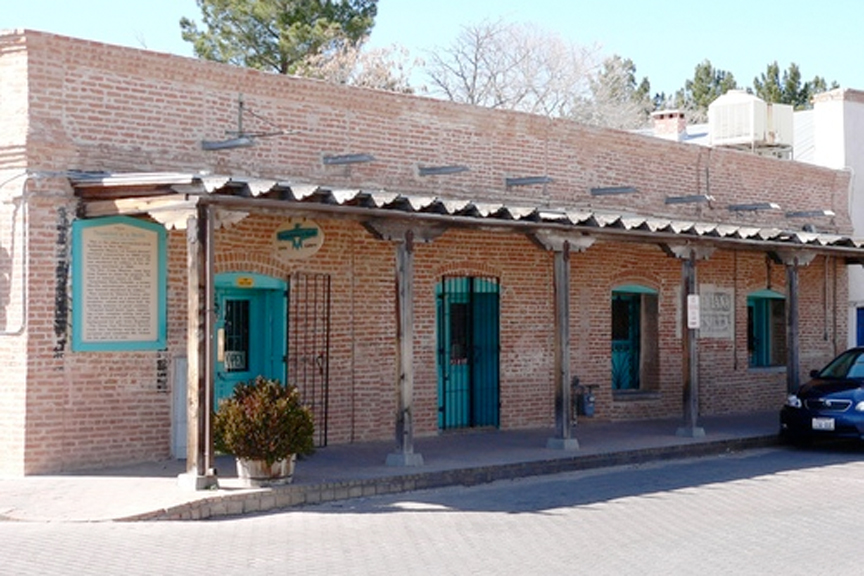 Calling all investors! Great opportunity to add your own special touch to make this home your very own. This home is located in the heart of Mesilla and a short distance ...

This Historical Inn has an amazing location, right in the heart of Mesilla. Josefina's Inn has two large suites, two full and one half bathrooms, an upgraded kitchen, an ...

Mesilla heaven just minutes from the Plaza. This traditional 3 bdrm, 2 bath with spectacular entry veranda offers beauty and value. There is 2152 sq. ft of living s...

Gorgeous Victorian farmhouse nestled among pecan trees on the edge of historic Mesilla. The home is on the historic registry and dates back to 1914. The property sits on ... 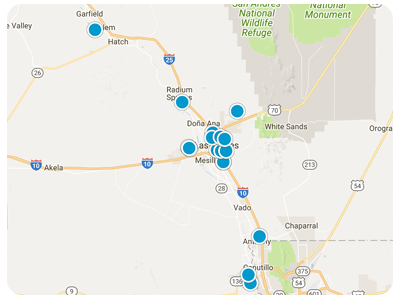